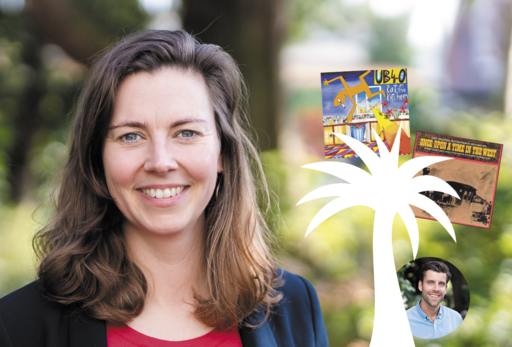 "Something really has to happen"

An interview with change expert Suzanne van Duin
By: 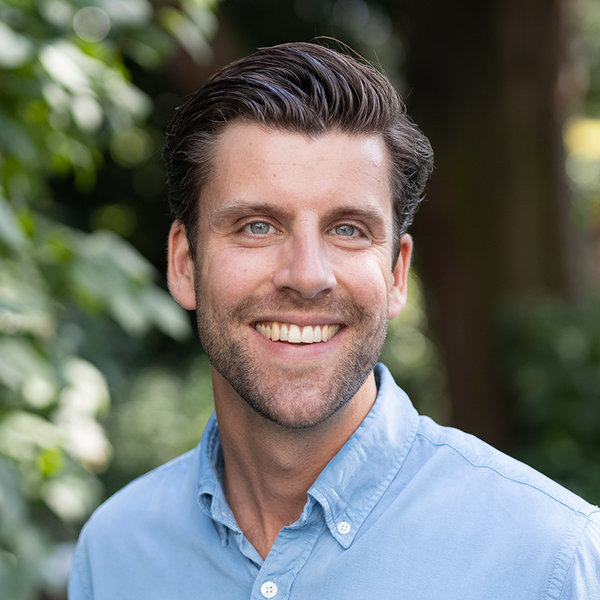 It's one of those Monday mornings.  With husband and two muppets aged four and five to the dentist. Who is running late. Of course. Jumping in the car to be on time for an interview.  It happened to our new colleague Suzanne van Duin. Once properly installed, on this sunny spring day, a conversation unfolded about UB40, Ennio Morricone, Once Upon a Time in the West, about growing up abroad and how that helps in life. And we talk about the new chapter Suzanne is starting in her working life, at Kessels & Smit, The Learning Company. We would like to introduce her to you. Personal and professional.

"Everything has a sound and melody".

What is your first album/LP/CD?

Recently my husband gave me a 'new old' record player. Especially for my office. I really love music, even though I do not have an 'average taste'. Until I was eight years old, I grew up in various places abroad. Varying from Bangladesh to South Korea. In those places, we had limited access to music and television. My favourite music was Ennio Morricone (think Westerns like Once Upon a Time in the West and The Good, the Bad and the Ugly) and UB40. So now I have LPs by them!

What a beautiful and special combination! What do these musical styles say about you?

"The great thing about Morricone is that he worked with the leitmotiv. That means that he, as a composer, gives a character his own melody, which constantly returns in the film music. That is what I like about it. Take Once Upon a Time in the West. In that film, protagonist Jill falls in love with a widower who lives with his family on a ranch. Whenever Jill comes on screen, you hear her melody: from the gentle and caring, to her curiosity and courage to stand up in the roughness of the Wild West. All the events that she and other characters go through are given sound in the music and with it their own recognisable storyline.

And sometimes I need UB40. When I am a bit too serious. Then I need something light-hearted. Take the song Rat in the Kitchen. Hilarious song! And yes: you have to deal with a rat like that too... Humour, simplicity and laughter are wonderful then.

"These experiences have made me realise that your world is not necessarily the other person's world."

You already mentioned something about growing up abroad. Can you tell us more about that?

My father worked as an engineer at DHV. That's how it came about that I grew up in different countries until I was eight. From South Korea to Bangladesh and Mozambique. These experiences have made me realise that my world is not necessarily the same as the other person's world. I learned to be careful with assumptions and learned that there is so much to discover behind what someone says or shows at first sight.

What was it like for you to come to the Netherlands at eight?

It was quite a change in the schoolyard in the Netherlands. So many children. So many different groups. I did not know where to start. There were children who did not like each other and fought or were inseparable. I did not know that. Just like swear words, I had no idea what they meant. That was a kind of invisible culture shock as an eight-year-old. I did see an enormous wealth and opportunities to play with everyone. In the beginning, it took some searching. I was a bit withdrawn, shy and awkward. I had to grow into that. Later, I became a kind of everybody's friend. Sometimes I had a regular club, but I could also move between groups very well. I enjoyed that very much.

"Sing your own Song."

You are now starting a new chapter in your career at Kessels & Smit, The Learning Company. That makes me curious which chapter you're stepping out of...

The Good, The Bad and The Ugly, I guess. With the subtitle: What do you do with it? This film is about three characters who are forced to work together to find gold. If you work in an organisation, you depend on each other, you experience pleasant and less pleasant things together, you have to work together towards a common goal. This provides opportunities, but can also be difficult. I have worked as an HR Manager at large international companies (AkzoNobel, Eneco, Upfield) for some twelve years. When you work in an organisation, you have to relate to all kinds of things, and find your way around them. That is not a problem, it is part of the job and a lot of fun. I have often been occupied with the beautiful and less beautiful sides of organisations and how I can help to build on that from my role internally, in HR at the time; to create different insights from within, to help the organisation with a change issue or learning process, or simply to 'clean up the mess'. Experiencing this, within an organisation, is very different from working as an external consultant. I have completed this phase of 'being in it'. I do take the richness of this experience with me in my new role as advisor at Kessels & Smit, The Learning Company.

And if you say so, what is the title of your new chapter?

Sing your own Song! (also by UB40, by the way). I am now experiencing a great opportunity and discovery in how I can use myself as a consultant and change agent, so that I can help others further in their work. I know how it is to deal with pressure, politics, changes, dependencies and different interests within a company. I use that to ask all sorts of questions about the organisations I work for now and will work for in the future.

I am especially curious about what keeps the organisation busy and the context of the group I am going to work with. What exactly is happening to them? What do they have to relate to? What is effective? Where is the strength, energy and fun in a team? And what are the worries, obstacles and triggers? Incidentally, with me there is a very clear focus on 'if we understand the context sufficiently, what are we going to do now'. Something really has to happen. I then help translate insights into action(s).

What does that say about what you like to work on?

I like to work on change issues. They affect all layers of an organisation. And it is not without obligation. After all, if something changes, you have to do something with it. It is important to have direction. That dot on the horizon. And that, from all individual perspectives, you come to a conclusion as a team that you have to do something about. I like to build on that from a developmental perspective, seeing the perspective and seizing the opportunities.

And I like to work on awareness, insight into team dynamics, and practical exercises. Recently, I supervised a group of people who practised different influencing styles with an actor. I love doing that. I can really feel how the participants deal with nerves, searching for new words and curiosity. I help them to make something they can already do visible and to give it a place. To give them a helping hand and the confidence that they will succeed. And then it works!

The best thing I find is that afterwards, participants leave the exercise feeling happy and richer. I see that as a real contribution to a positive learning experience, so that they can achieve their goals even more effectively in their work.

Why is that important to you?

For me it is about perspective, perseverance and practical advice. I have the impression that some people I worked with had limiting beliefs and thoughts. Or when they wanted to solve an obstacle, they had difficulty seeing 'How to do it'. The key is to broaden the perspective for action. By letting others see possibilities and, together with them, bringing out what they really want to do. When that energy is felt (again), so much is possible, then the road to 'how to do it' suddenly becomes much easier. And if you then start working towards your (new) goal, for me it is also about perseverance. Go for it and hold on to your goal! Changing something doesn't happen by itself, so be realistic and know that there will be bumps that you can take. When you see what people can do (sometimes without thinking they could do it)... that is phenomenal! That makes me happy.

"Assessing the size of a problem."

What is an important 'lesson' you learned?

What I learned is, for example, to estimate the size of a problem properly. I had to learn this both on my own and in the companies where I worked. I remember someone who undermined the authority of his team leader. The team leader was so angry. I was lucky in HR that I was not in it, but stood beside it. It helps to listen carefully and to take everyone seriously and to see what it's really about. I often worked with hypotheses, like 'I have the impression that the reaction is exaggerated, but I am going to investigate that first'. When someone is very emotional, then they are more likely to shoot at a gnat with a cannon. So it helps to first acknowledge the emotion and give it a place, and then to look at what problem remains and widen the perspective. We then do something with that and I give direction and advice on that.

Finally: if I speak to you again in a year's time, what is the best project/movement/question that you look back on?

I would like to work for an organisation where they are facing a change. Something they find difficult to deal with, varying from commercial to social factors. I would then like to help them deal with it on various levels, so that they can give their own answer and make a success of it. I want employees to become aware of their talents, strengths and potential in such a way that they can effectively contribute to the organisation's challenge. Then, in addition to sound, a melody will also emerge, an interplay of what everyone can contribute. We are going to ensure that employees are given room to get going with creative ideas, or to experiment and explore what will help them towards their goals. In the metaphor of music: If you always hit the same notes, you hear a lot of the same. Sometimes a change requires the same notes in a different composition, or perhaps it requires you to expand your sound register. That is a discovery and a learning process. It is not only about skills or behaviour, but also about daring to look at the situation differently. We go through that process together. I think it would be cool to contribute to that.

Curious about what Suzanne can do for your organisation?
Profile Suzanne